Twelve talented and ambitious medical doctors attended the Open Medical Institute’s observership program during the month of July. Most of the doctors were stationed at the General Hospital of Vienna and their specialties included the following:

Dr. Vangel Zdraveski is a cardiac surgeon from Skopje, North Macedonia. He stated the following about the activities undertaken during his clinical observership in Vienna: ‘During my clinical observership in Dr. Laufer’s department of cardiac surgery, I had a chance to see and learn many new techniques in my field. A new and state of the art technique in cardiac surgery is endoscopic harvesting of the great saphenous vein. Another technique is in aortic valve replacement, using a core knot, something I saw in practice for the first time. I hope we will start using this technique in my cardiac surgery department back home.’

Dr. Marko Baric is a plastic surgeon from Zagreb, Croatia, whose interests include reconstruction (upper/lower limb, breast) and flap surgery with a close interest in hand and microsurgery. Dr. Baric attended a clinical observership in the department of Dr. Christine Radtke of Plastic, Reconstructive and Aesthetic Surgery. He described the influence of the observership as follows: ‘This observership influenced me and changed my perspective in many ways. First of all, I learned a different manner of interacting with patients and the importance of the patient’s documentation. Secondly, I broadened my knowledge in general plastic surgery as well as gained new perspectives in advanced nerve surgery, muscle neurotization, and nerve transfer. Lastly, I gained valuable contacts with my colleagues at the Department in AKH and I am eager to deepen the collaboration further.’

Dr. Vitalie Iacubitchii is an orthopedic surgeon from Chisinau, Moldova who attended the clinical observership rotation in Dr. Windhager’s department at the Medical University of Vienna. He stated the following about his experience of attending the OMI seminars in Salzburg and his observership: ‘Obviously, my medical practice improved after the seminar in Salzburg, it helped me to appreciate the direction of activity in the field of Orthopedics. I always try to share medical knowledge with my younger colleagues and students after experiences gained abroad.’

This month, two doctors were stationed at the Department of Orthopedics and Traumatology. Dr. Jakub Hrunka from the Czech Republic was also an observer in Dr. Windhager’s department. Dr. Hrunka stated that the observership “definitely improved my knowledge of many things. It helps me every day to treat my patients. In this observership, I saw new techniques in surgery, including some upgraded approaches.’

Dr. Iztok Ditz is a urologist from Ljubljana, Slovenia and he mentioned the following about the influence of the observership on his thinking: ‘It influenced my thinking quite a lot because we deal with the same pathology, but manage it a little bit different, so I saw the whole thing from another angle.’

Dr. Sanja Milosevic is an ENT resident from Nis in Serbia. She described her experience as an opportunity to see “how they surgically managed different type of diseases, some of which are completely different from my hospital. Also, there is a big difference in their organization of work, which I really liked. I learned a lot of new things and that changed my perspective of seeing things in a completely different way.’

Dr. Nevena Poljasevic is a specialist in Pathology working at the University Clinical Center Tuzla in Bosnia and Hercegovina. She noticed some interesting differences in the healthcare system in Austria, stating: ‘the thing I admire the most is the communication between pathologists and clinicians, their interdisciplinary approach and agreement of what is the best for the patient, and the fact that it happens in the shortest time possible, via phone call. This optimizes the treatment of the patient, avoids unnecessary loss of time, and unfortunately is not the case in my hospital.’

Dr. Albina Shapieva is a specialist in Cardiology at the Petrovsky National Research Centre of Surgery. She stated that: ‘during the observership, I discovered new treatment methods and many features of how medical care is organized in Austria. I believe that this knowledge will help to change our daily practice in our hospital in the future and to manage our patients effectively.’

Dr. Srdan Milanovic is a radiation oncologist at the Institute for Oncology and Radiology of Serbia, specialized in radiotherapy of malignant tumors of the abdomen, pelvis, and solid tumors and malignant hemopathies. He states that: ‘after my observership at AKH, I am even more encouraged to follow modern trends in radiotherapy whenever possible, taking into account the technical possibilities of modern linear accelerators and the well-being of patients.’

Dr. Guzal Sobirova is from Tashkent, Uzbekistan and is an Associate Professor in the Department of Physical Medicine and Rehabilitation at the Tashkent Medical Academy. She mentioned that ‘during the observership, I discovered many features about how medical care is organized in Vienna, Austria. This made me think about what changes can be made in my hospital for more effective treatment of patients.’

The observers spend most of their time in their respective departments in the hospital, but they did have the opportunity to exchange information and experiences during our social events. As every month, Diana Ispas guided the observers in becoming acquainted with the historical center of Vienna, providing them with the information they need to understand the history and culture of the beautiful city. 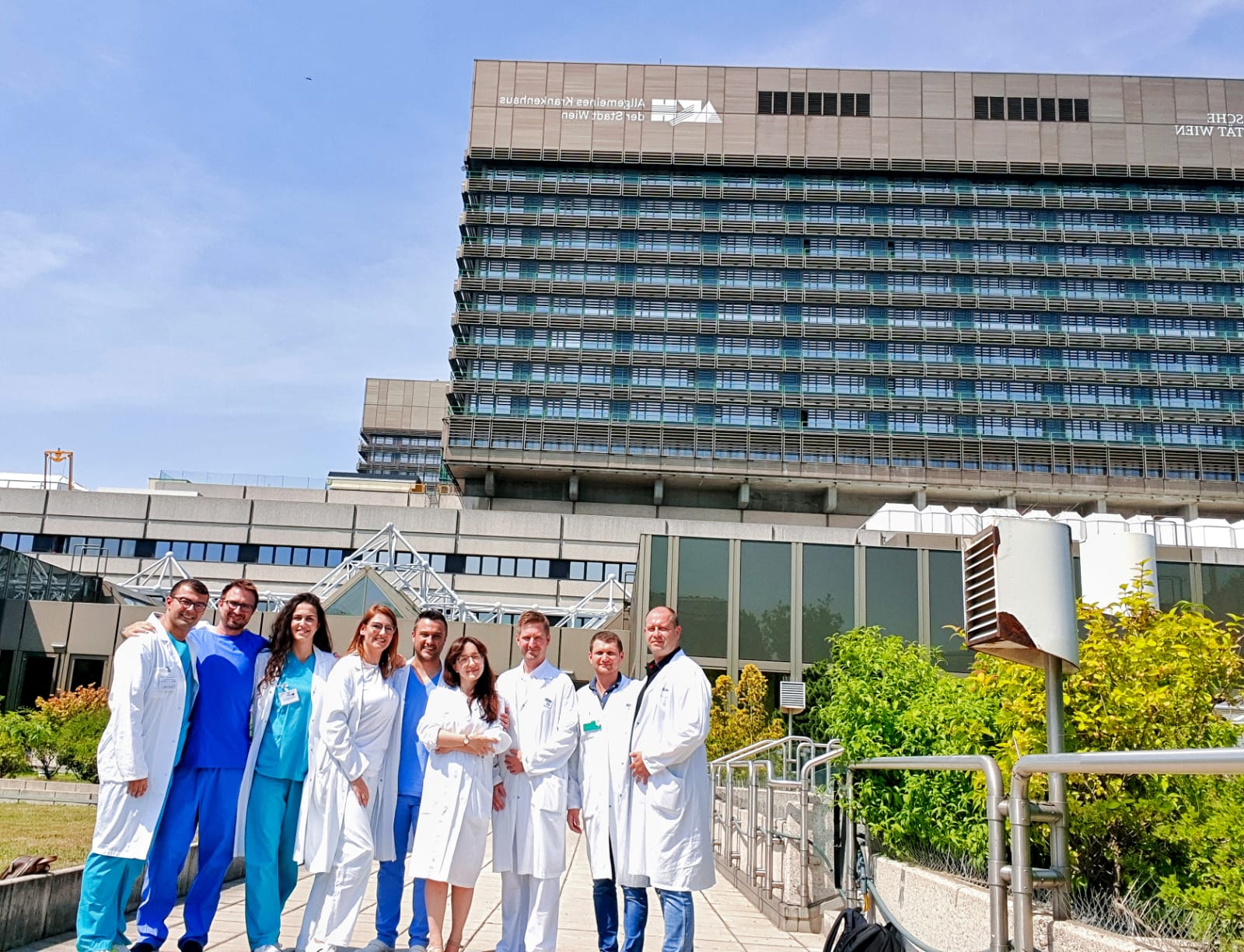 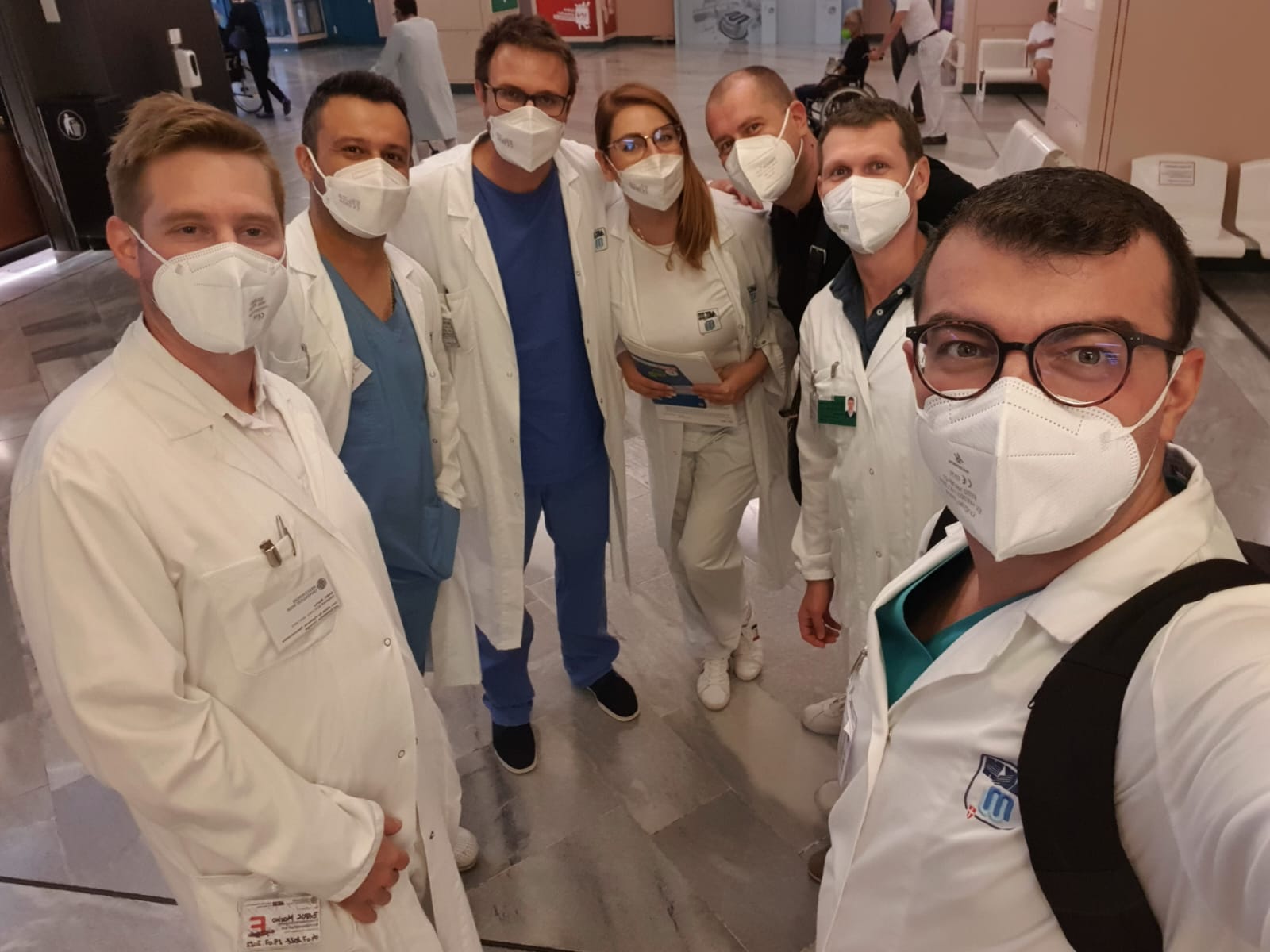 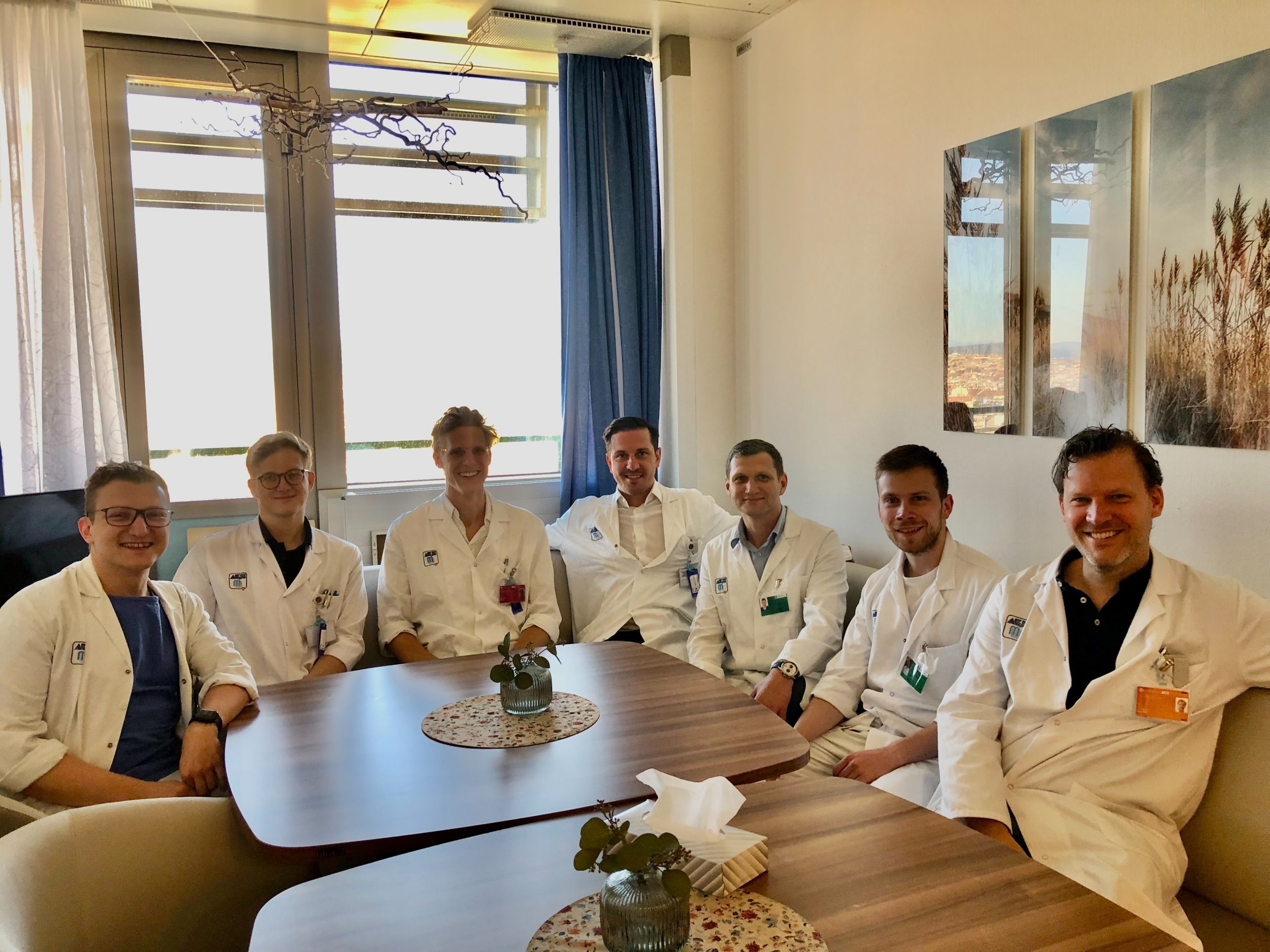 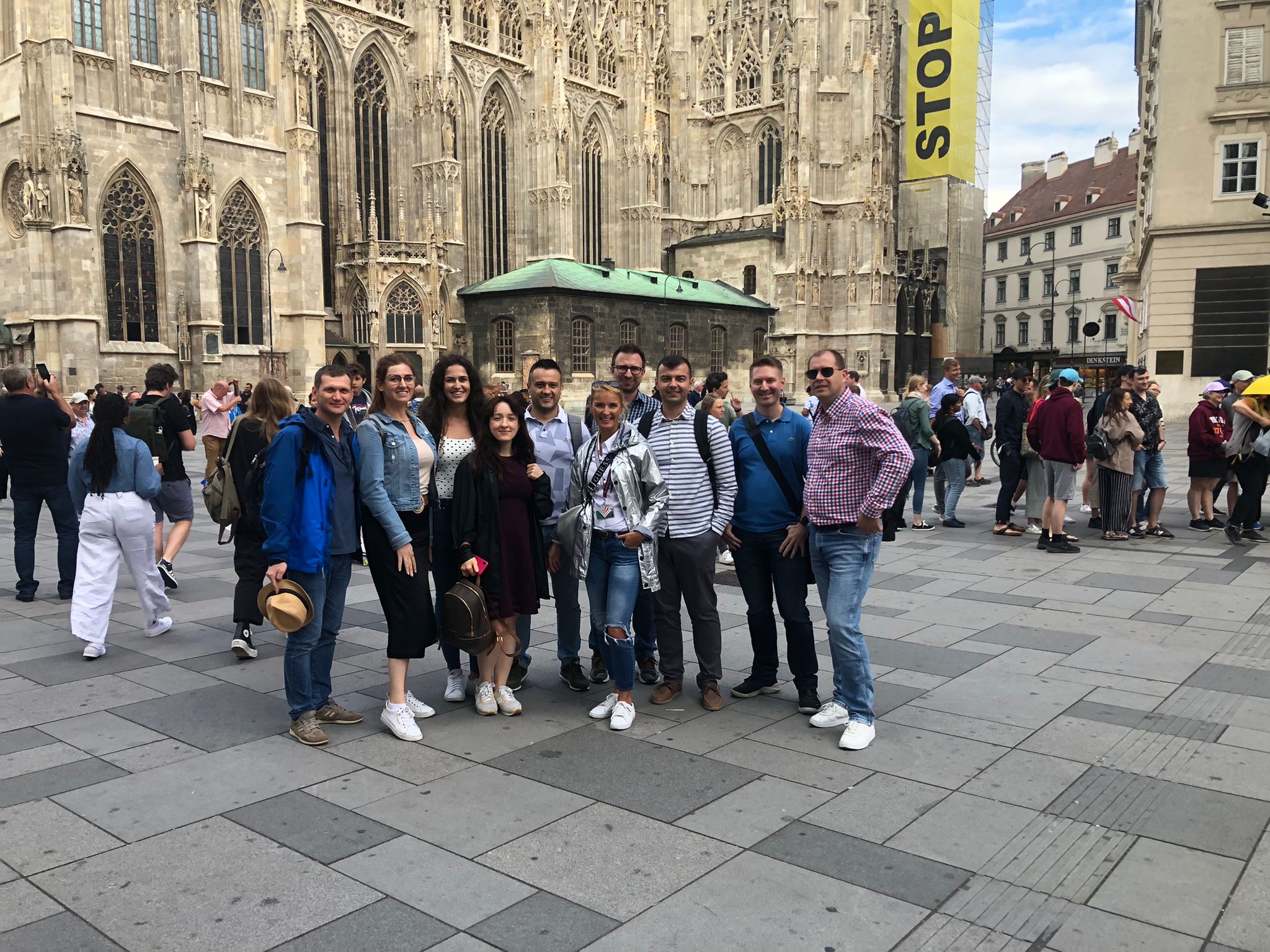 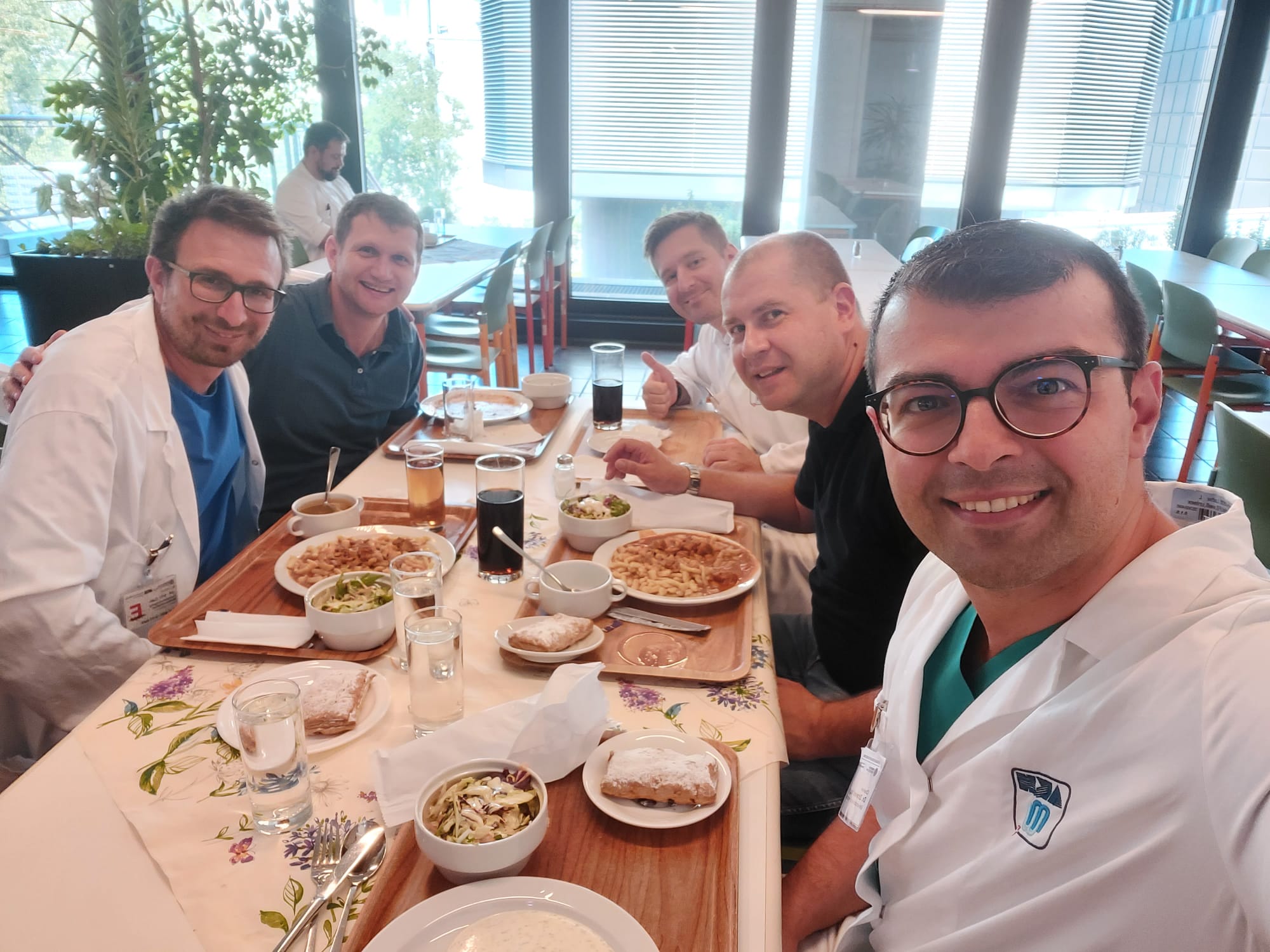 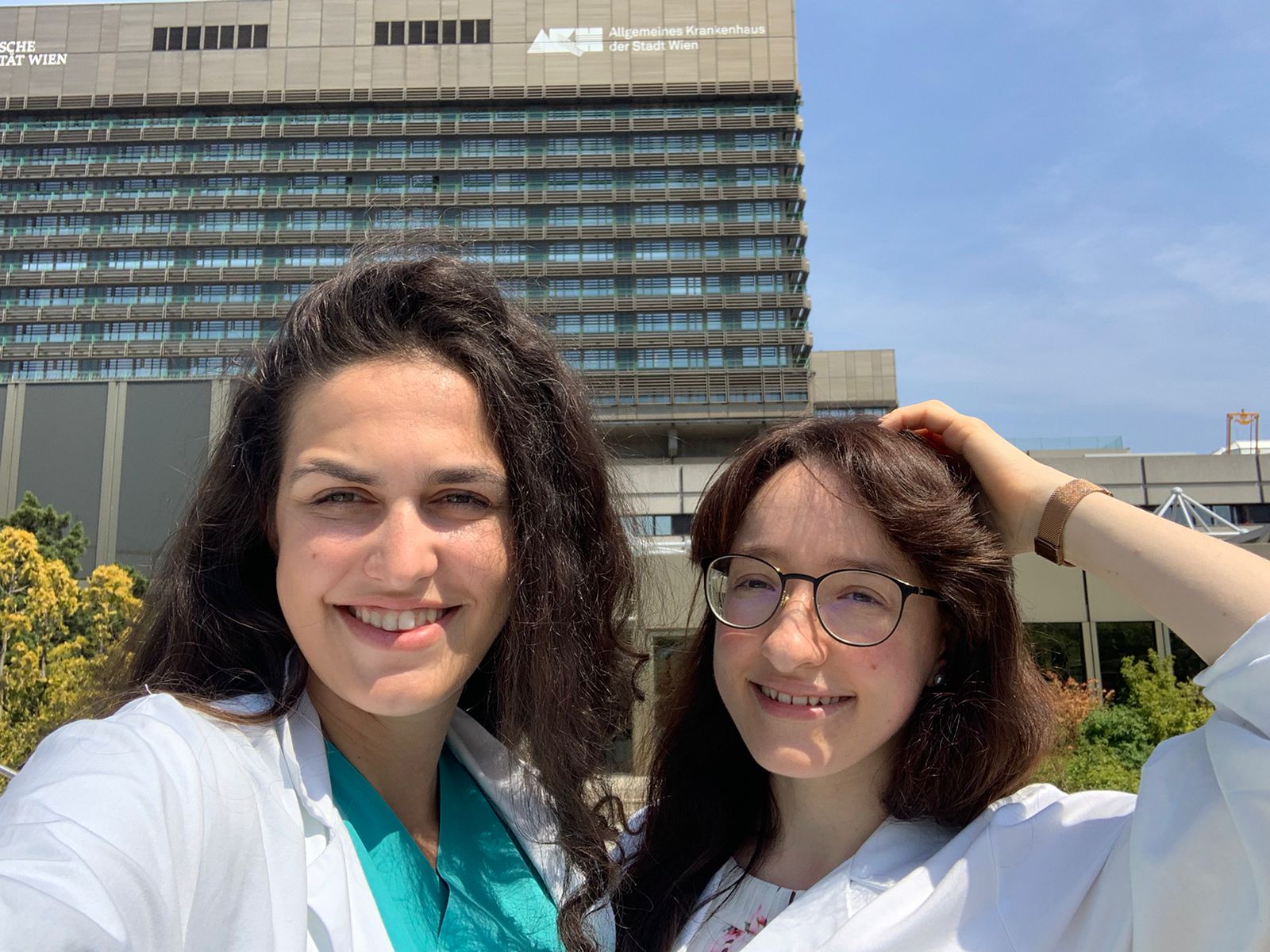 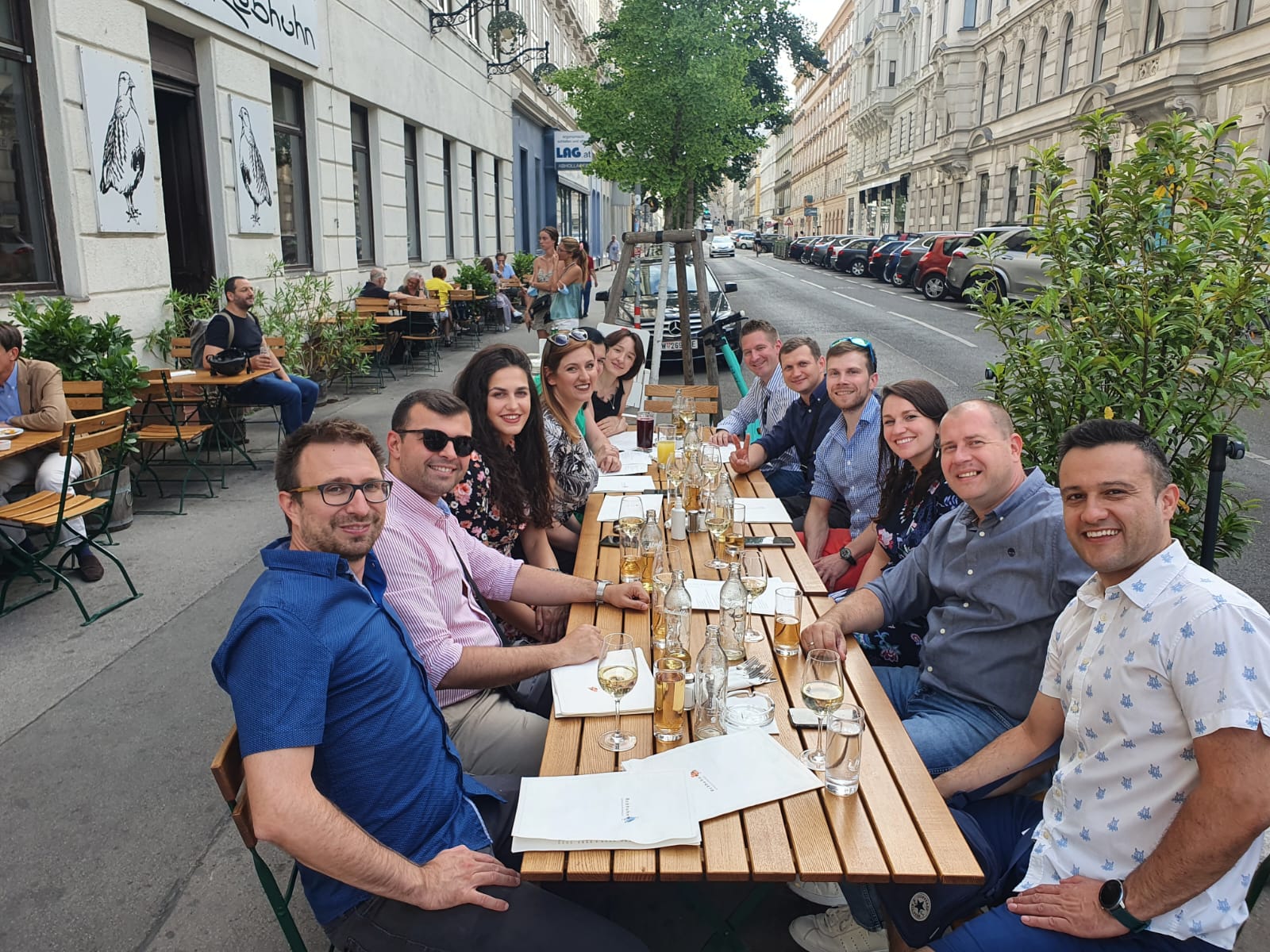 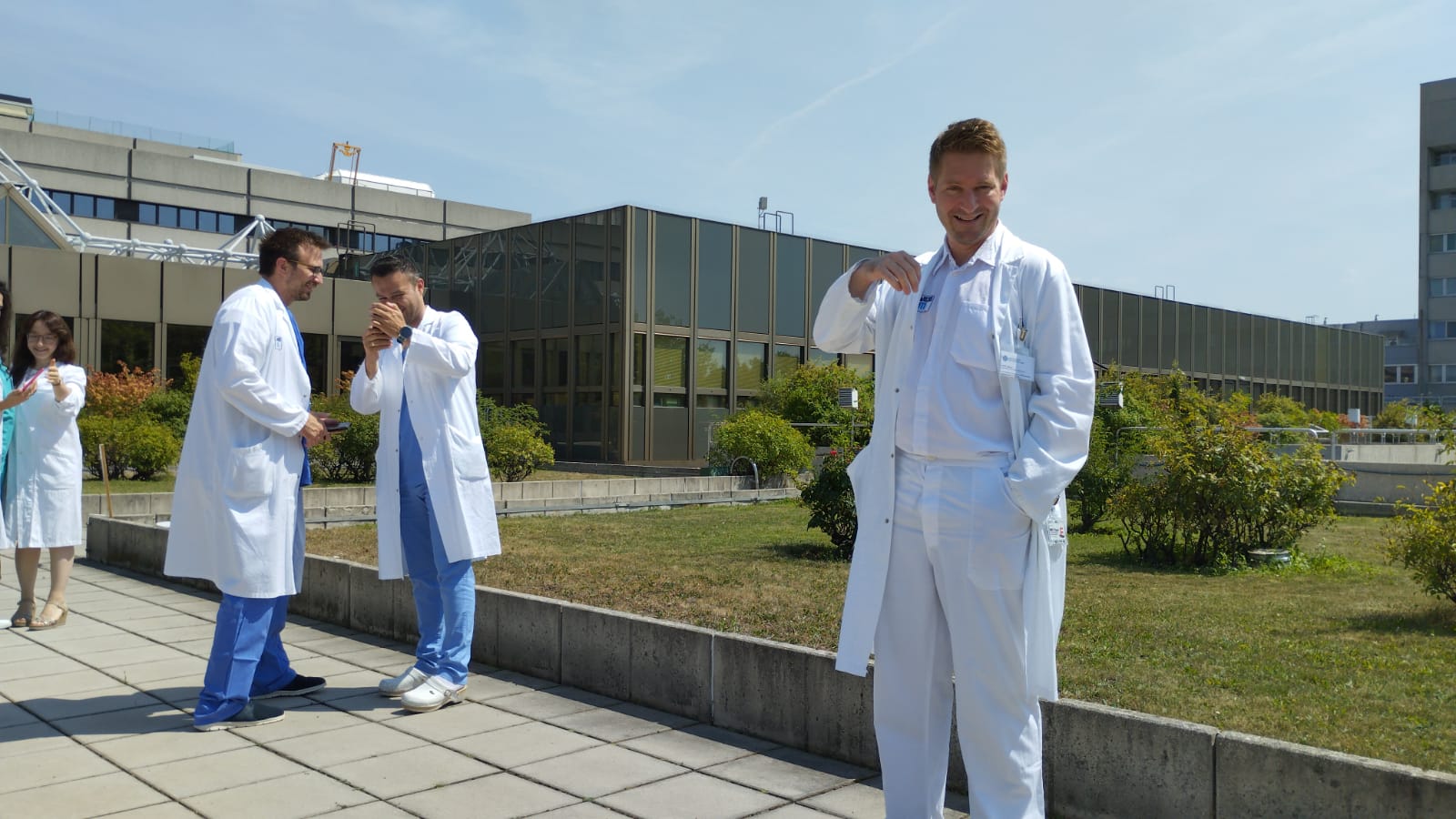 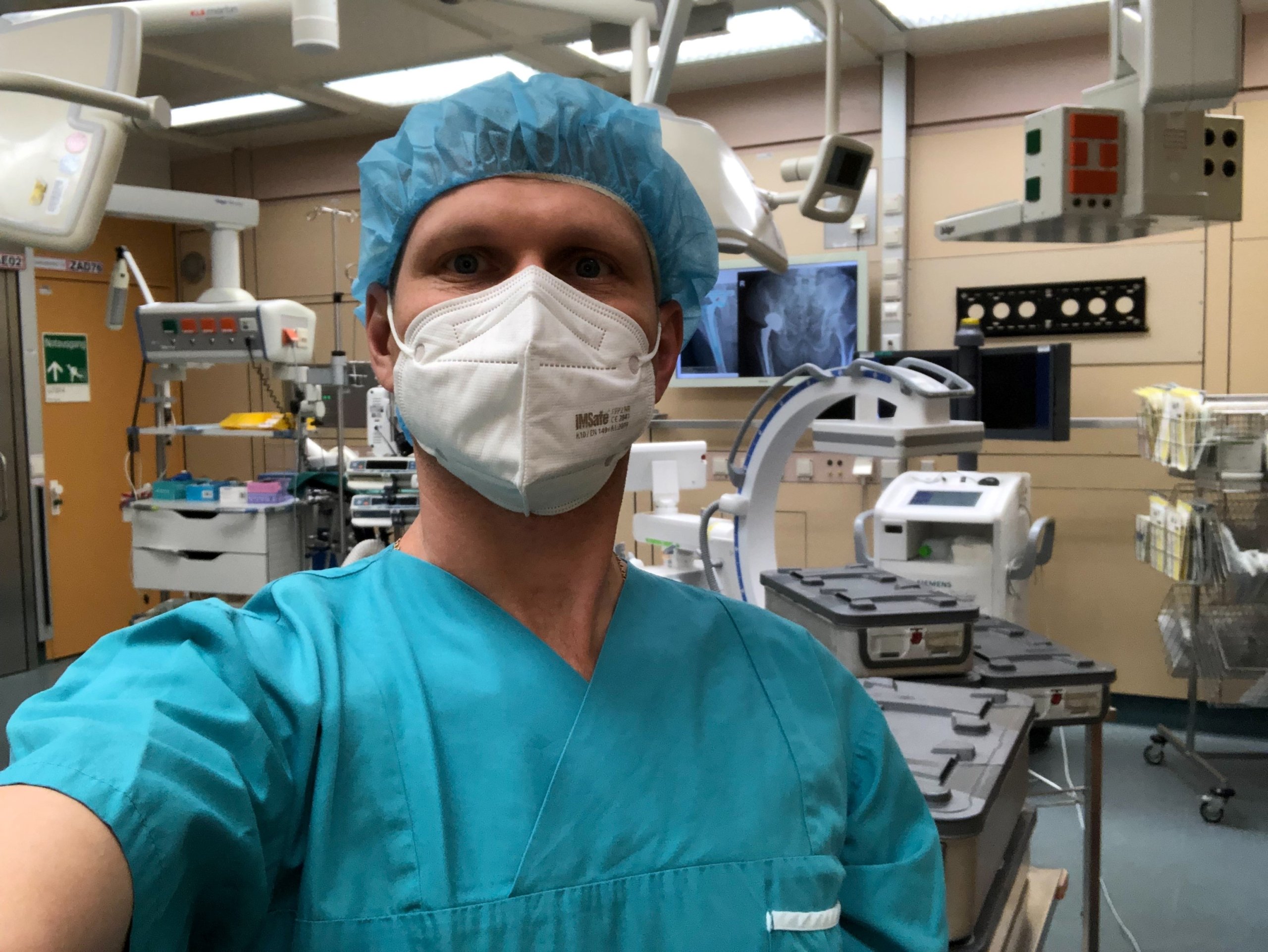 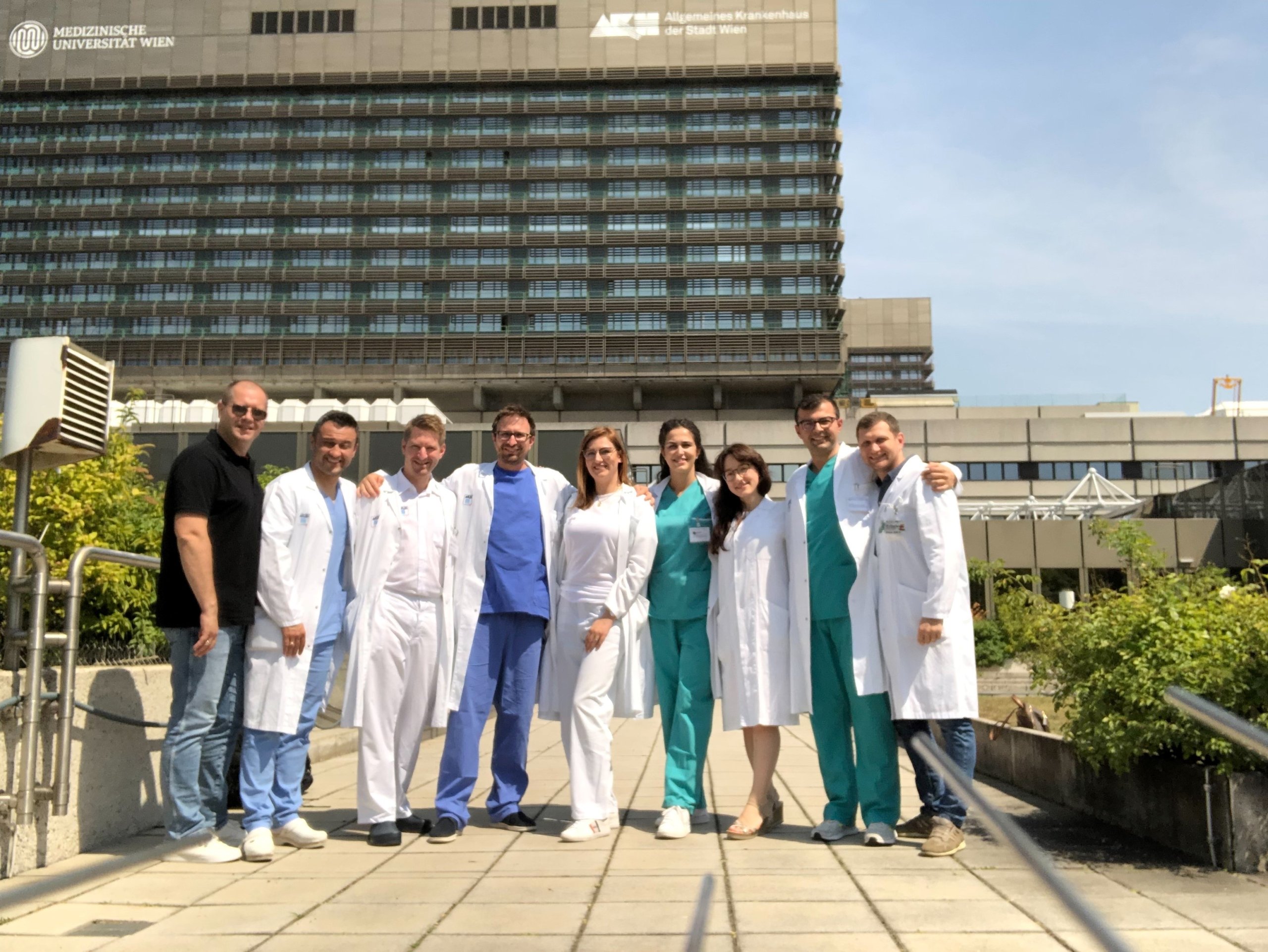